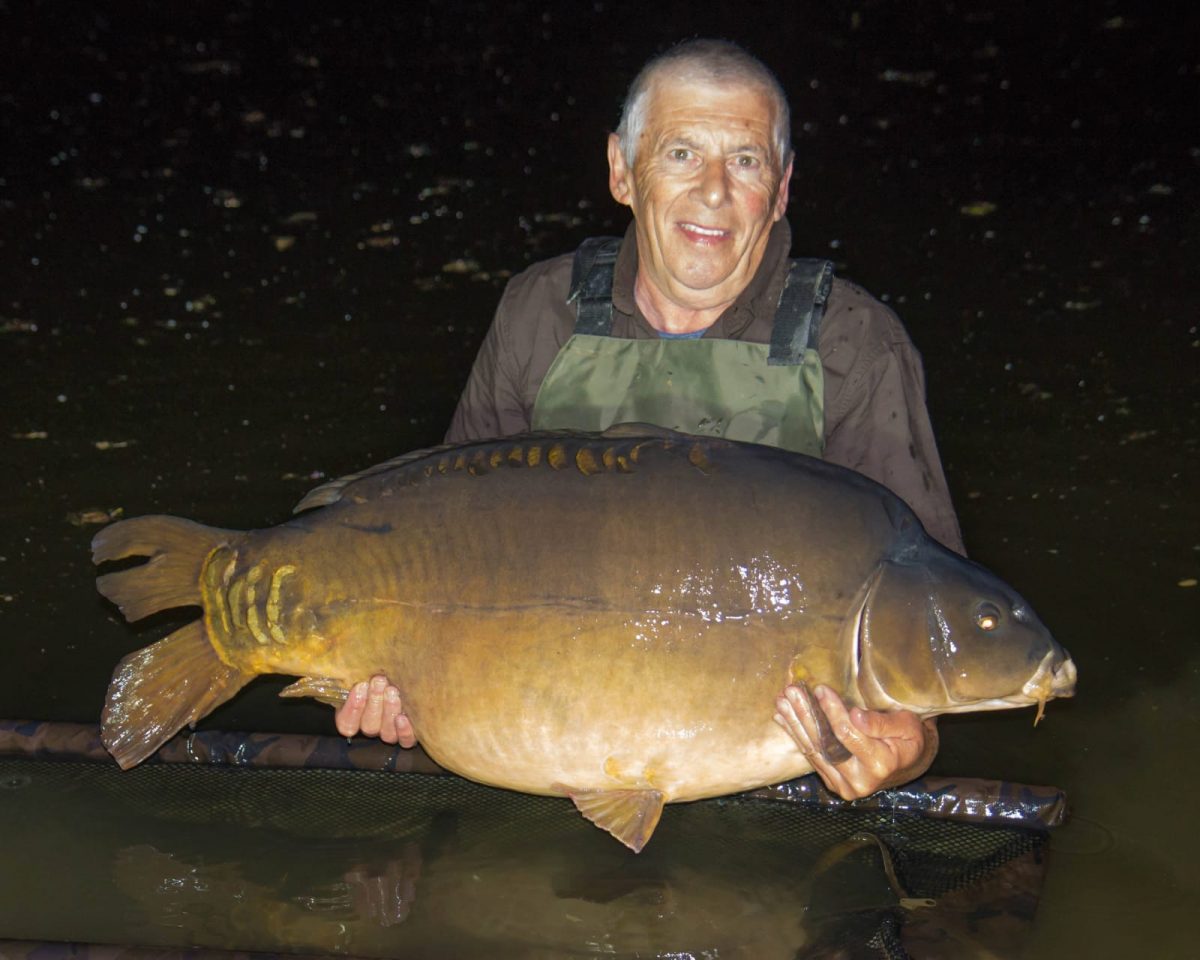 Regular visitor Terry White was at it again a few weeks back, when he visited Puyravaud for the second time this year. During a night session he hooked into Split Tail and after a difficult fight in the dark the fish was landed at 1.30am in the morning. This time the scales tipped at just over 60lbs and good news that Split Tail is now at its highest weight since arriving with us two years ago!

Terry continues to catch some of our biggest fish and we are happy to have such strong representation on Terry’s top 10 catches, compiled over 30 years of carp fishing in France. Well done Terry and see you in September.