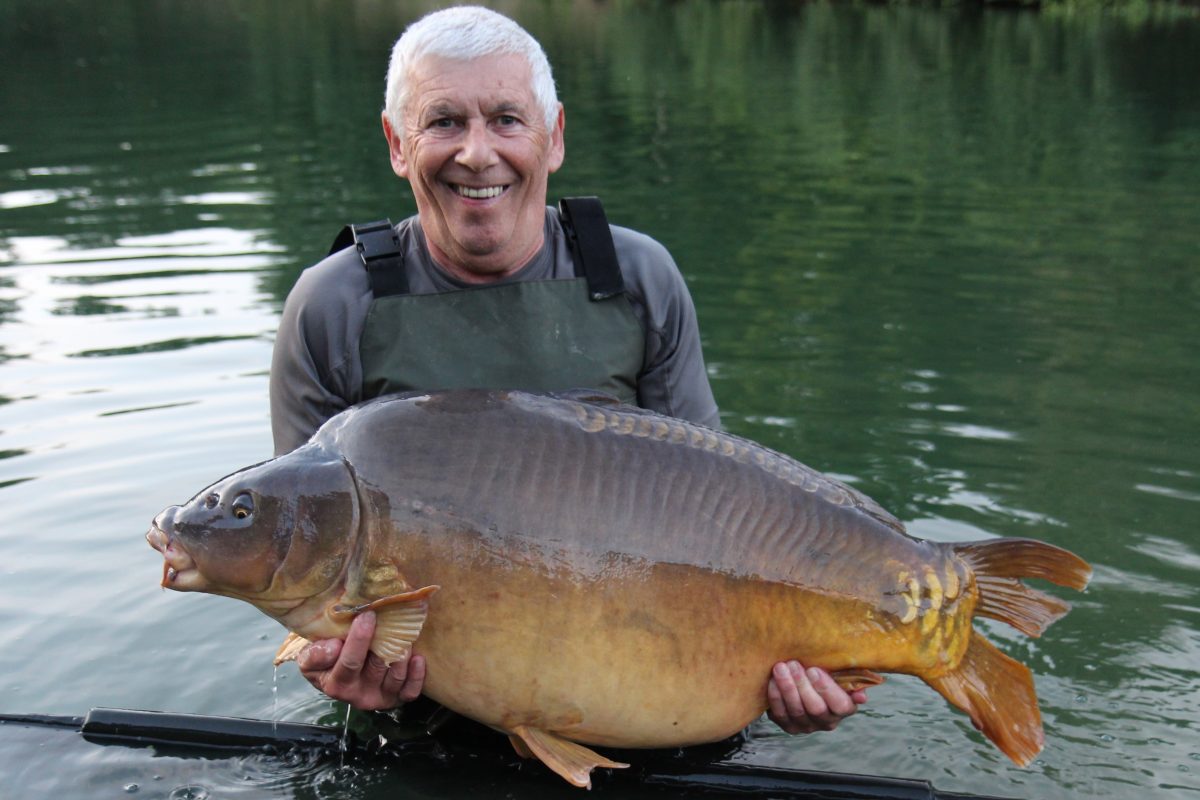 Terry was back at Puyravaud for his usual September slot and ended up beating his own records from last Septembers trip. In just 5 days fishing, he landed 23 fish for a total weight of 979lbs and an average weight of over 42lbs. His haul was 5 x 30’s, 14 x 40’s and 4 x 50’s with a best a couple of ounces under 56lbs. Terry landed most of his fish using garlic and liver flavoured boilies or peach and pepper wafters.

Terry and Chris will be back next September to try and improve on this weeks result – that will be difficult, but who knows!