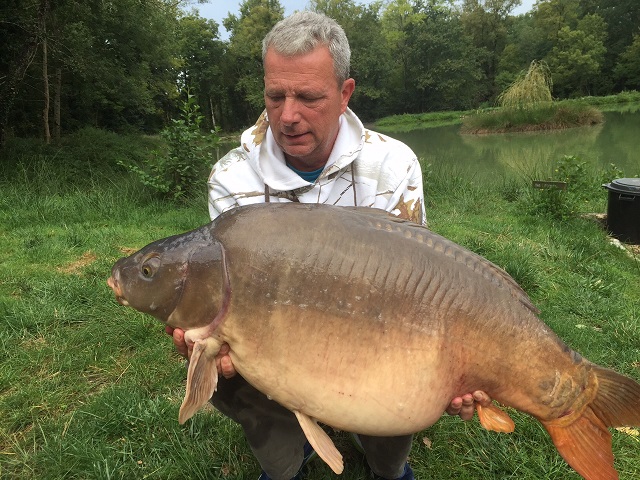 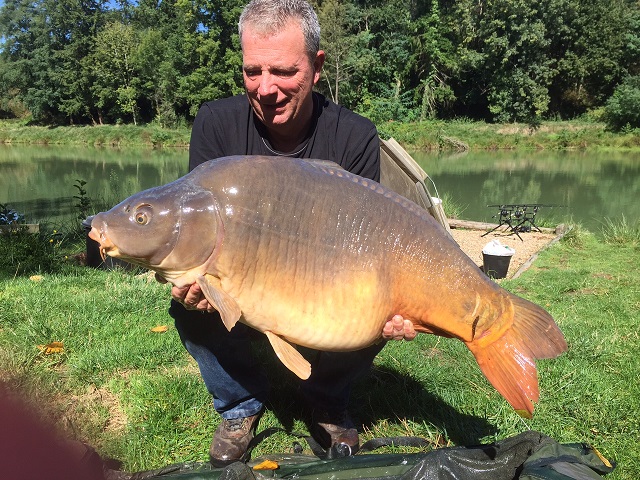 In the second week of September, Terry and Mark returned for their third trip to Puyravaud………..this year! (We love customers like these!!!!!!!)

The fishing was particularly hard after a significant drop in temperature and some unsettled weather in general. Despite this they managed to bag 11 carp with Mark improving his PB twice during the week. He finally joined the 50’s club with a fish of just over 50lbs, followed by another later in the week at just over 51lbs. Terry weighed in with some nice mid 30’s, but it was Mark’s week as he also caught a couple of nice 40’s.

Terry and Mark will be back next year to try to improve on their PB’s yet again and enjoy everything Puyravaud has to offer.