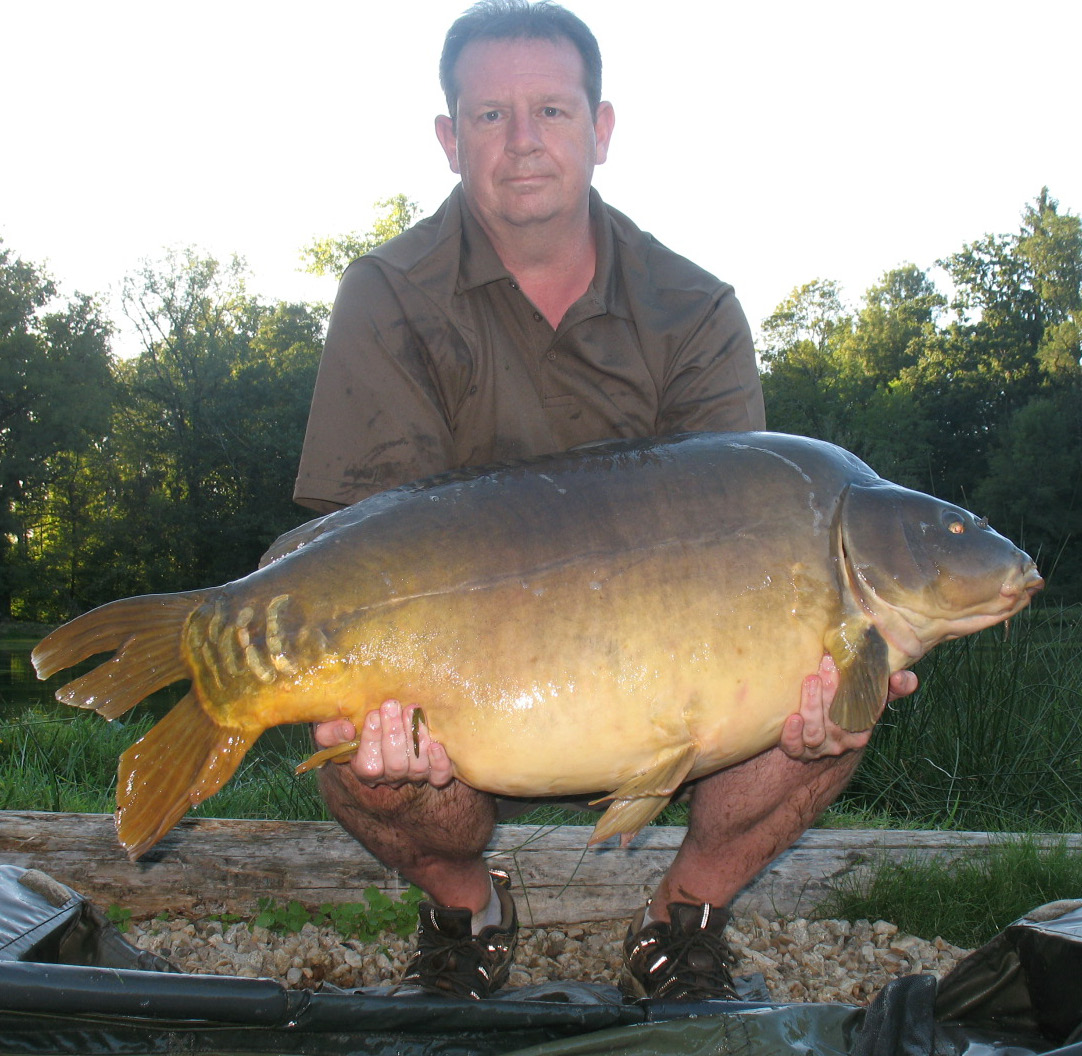 The Chalk family visited Puyravaud for the second time and Howard was desperate to catch some carp after a disappointing first trip.

The first week was OK with 5 fish banked, but a feeling of what might have been with 6 fish dropped. However, Howard made up for it on the second Sunday with 5 beautiful carp during a magical 6 hour session. 48.1, 39.6, 48.12, 53.0 and finally the best of all a 59.8 mirror that equalled the lake and venue records.

The good luck continued as Howard went on to land 11 fish in his second week and 16 in total for a very successful fishing trip. Considering he did not fish for 2-3 days during the second week, it was an even better result with average weights of 46.22 for the 11 fish caught and 44lbs for the two week catch. Howard broke his PB on at least 4 occasions and has well and truly joined The Puyravaud 50’s Club! He ended up with 4 x 50’s, 7 x 40’s and 6 x 30’s. Not half bad!!!!!!!!!!! Howard also wins the prize for being the best organised photographer with a set up to take his own shots!