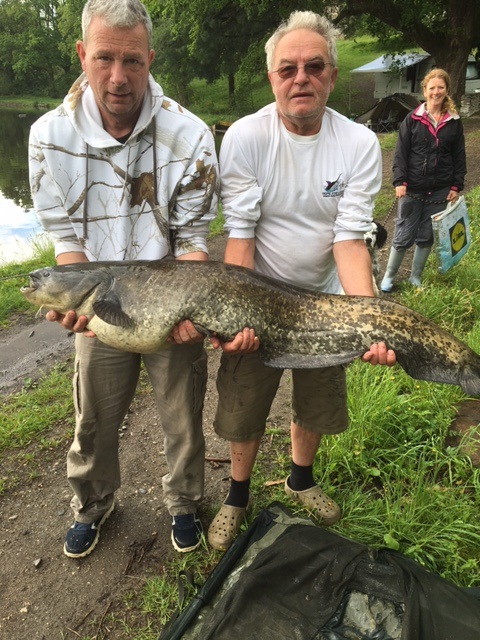 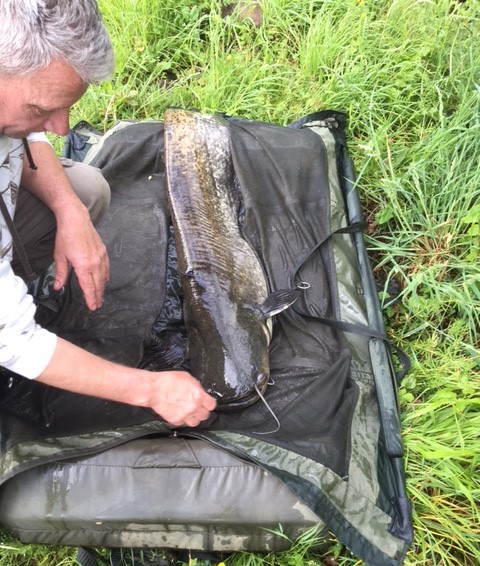 Regular visitors to Puyravaud, Terry and Mark, got a little surprise whilst on their latest carp fishing trip. Fishing Heron Lake, they had not had the best of catches, with the carp harder to tempt than normal. However, on Tuesday morning, Mark had an immediate take, literally seconds after casting his bait to a known spot. He immediately felt a different type of run and 15 minutes later was playing out the final moments of catching our one and only catfish. More incredibly, she has been in our lake for 5 years and never previously been caught! Weighing in at a modest 43lbs, she is definitely not the biggest cat in France, nor the fastest growing having put on only 13lbs, but she certainly is one of the most unexpected. Terry and Mark enjoyed the moment and we wonder how long it will be before she is seen again?