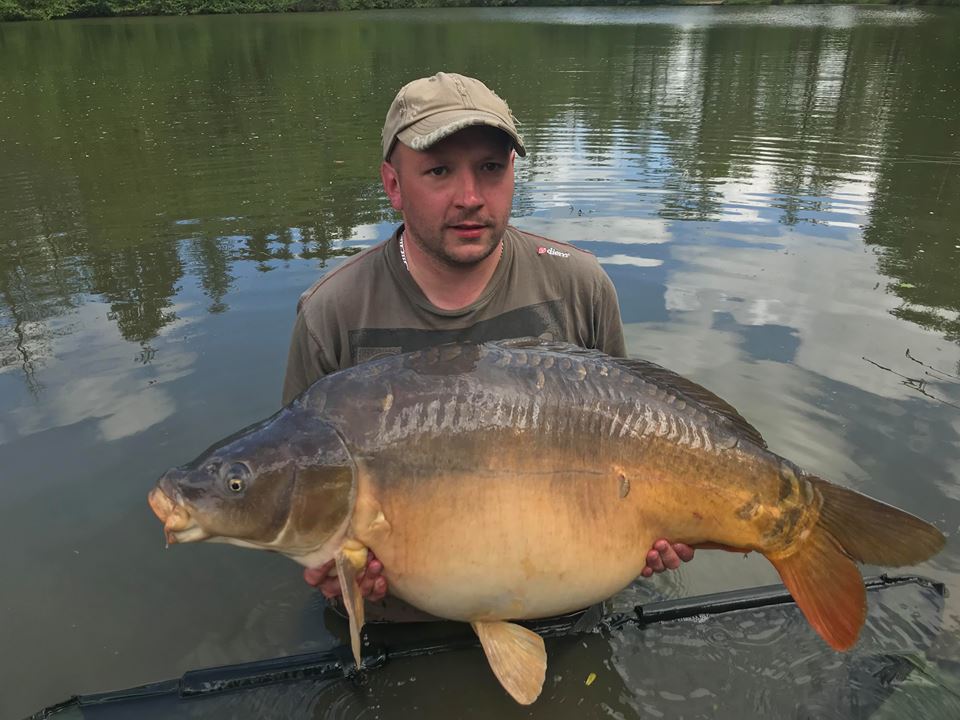 We are used to the lake record on Kingfisher changing regularly, but on Heron the record has stubbornly held for nearly 2 years. Well the end of April changed that as both lake records went in the space of two days.

First, regular Puyravaud visitor Terry Clyne landed a 56.0lb common to beat the previous Heron best by 1.5lbs. Not to be outdone, Dave Oldfield, also a regular, landed our first 60lb fish with a 60.4lb mirror from Kingfisher Lake.

Very encouraging signs for 2018, with our catches of 50lb+ fish well up on last year at the same time. So far this year we have landed 24 fish above that figure, compared to 16 at the same time in 2017.