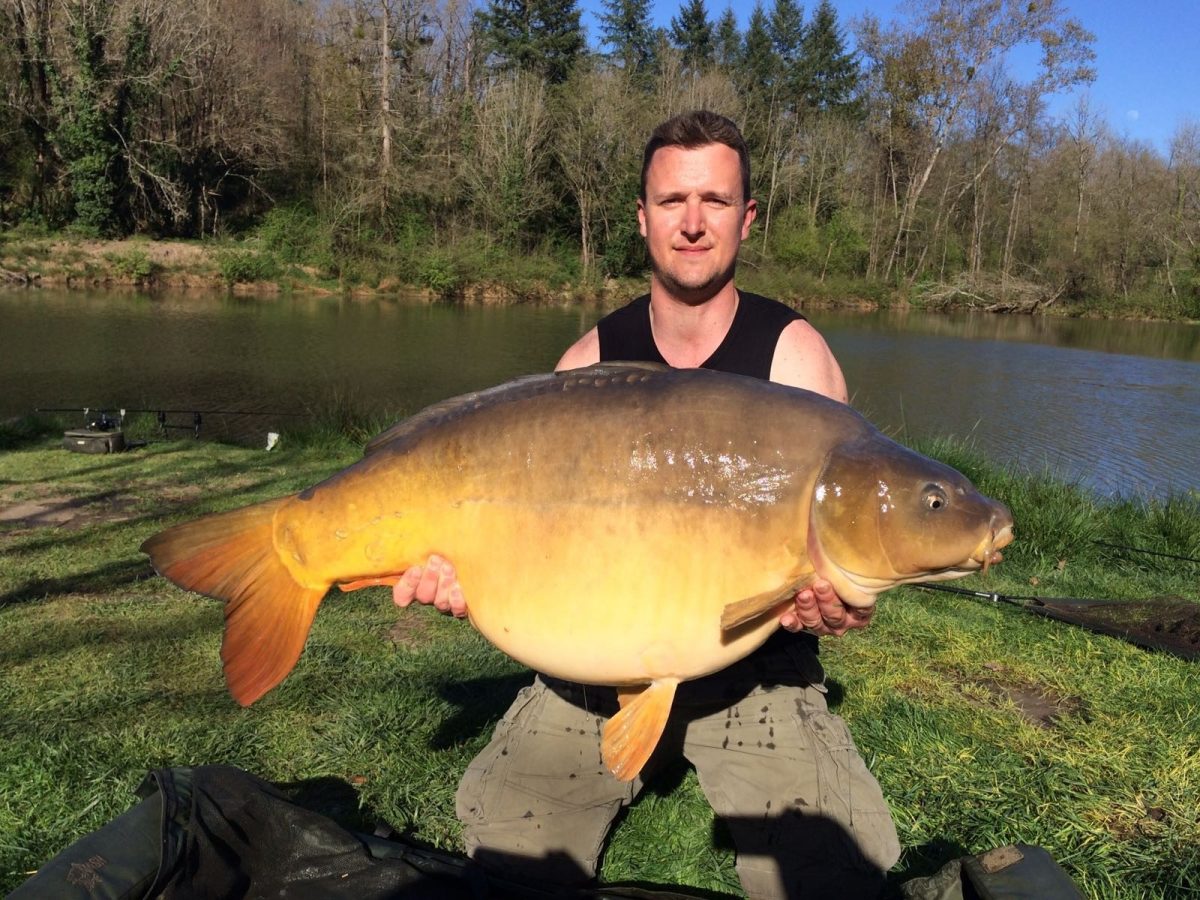 Adam, Craig and Adam, from Cambridgeshire, joined us for a weeks fishing on Kingfisher Lake. They quickly set up on The Point Swim with the intention of fishing both during the day and at night.

The guys were quickly into the fish and Adam W improved his PB twice with a 44lb Common followed shortly by a 45lb Mirror. Craig also got into the action with a very nice Mirror of just under 49lbs. Adam J then topped those with a Mirror of well over 49lbs. Further 30lb + fish followed before Adam W capped off his trip with a 51lb 4oz mirror for his first ever 50+ fish. All three broke their PB’s during the trip at least once.

The guys also picked up some nice 30lb + fish by spending a few hours stalking on Heron Lake. They finished with 12 fish and a total weight on Kingfisher of 484.8lbs. Average weight was 40.4lbs including a very nice grass carp of 27lbs!!!!!!

The guys enjoyed the trip, the food, the fishing and are working on dates for their next trip to try and improve their PB’s even more.