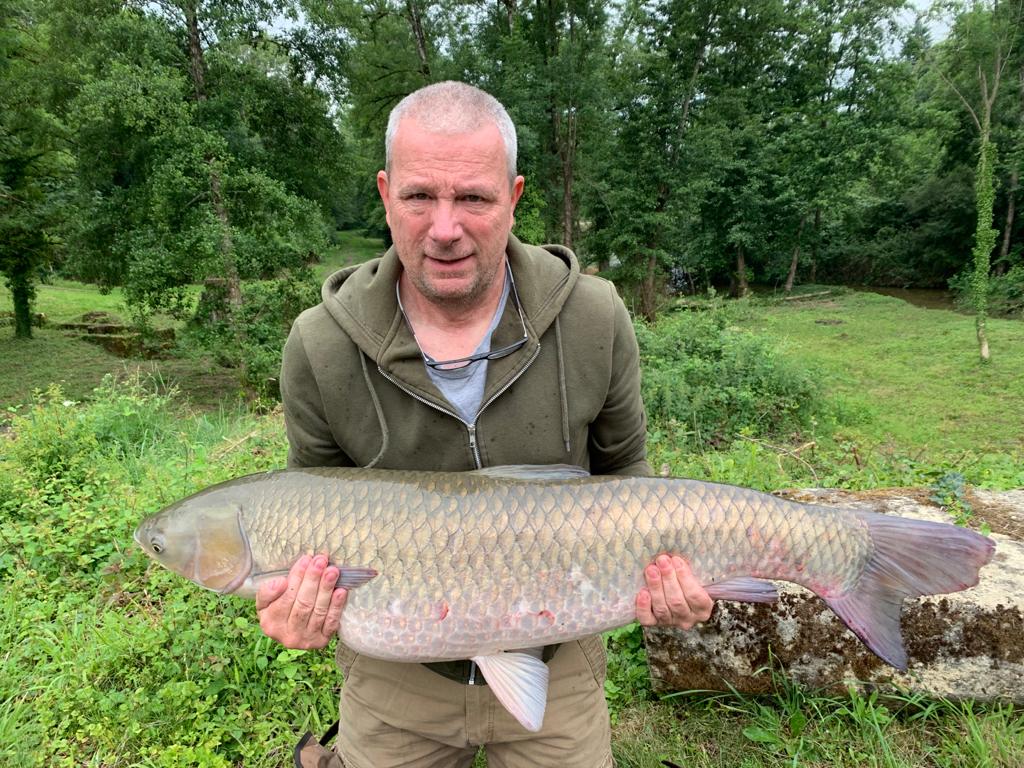 Rumour has it that the lesser spotted English carp fisherman has been seen in a remote part of the Charente for the first time in quite a long while!

Yes it’s true – Mark and Terry have made their way to Puyravaud as our first guests of the season. Weather has been changeable and the fishing a bit up and down for their first few days but today things came alive for Terry. Just two fish, but two record breaking fish.

First a lake record and PB grass carp of 48lbs, followed early this evening by a stunning 66lb 7oz mirror – a new overall PB for Terry by 10lbs and the largest mirror ever caught at Puyravaud. No pictures as Terry is getting on in years and did not want to get into the water for a photo. However, the fish was weighed and verified by me as the true weight before being returned to the water safely.

Instead here is one of Mark with a nice 42lb grass carp earlier in the trip. The grass carp are obviously on the feed as this is the 4th one they have caught in just a few days. Not unusual to see multiple catches of this type of fish at this time of the year, but we only have 4 in Heron and they always seem to get caught from mid June to mid July before disappearing for another year. Mark and Terry still have another 10 days of their trip, so plenty of time to try and get a few more nice fish on the bank.