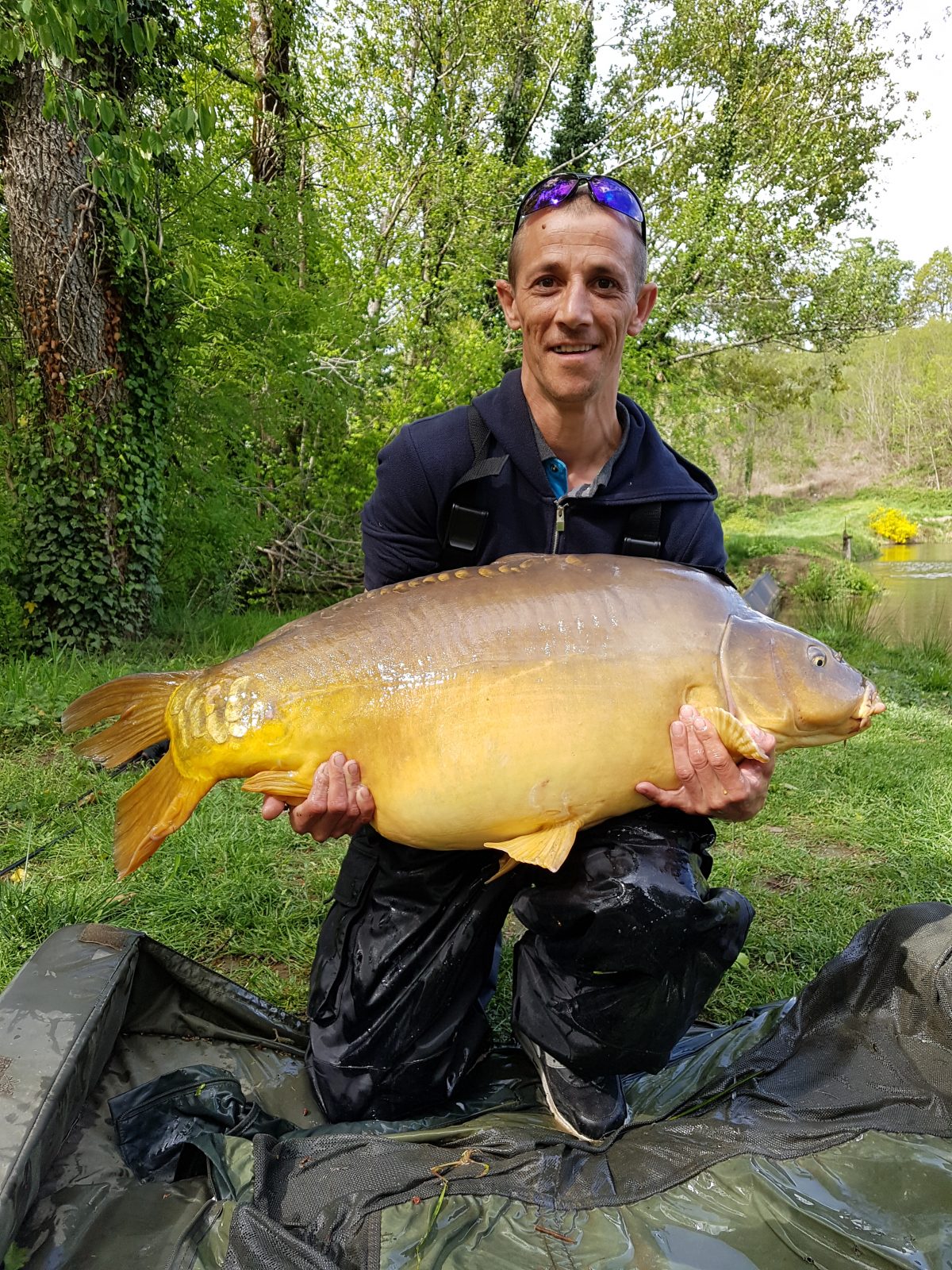 The Parker family arrived for their first trip to Puyravaud fishing Kingfisher Lake. After a particularly stressful week before they came, they arrived a day and half late and only started fishing on the Monday morning.

Gareth, a self confessed pole/match fisherman quickly got into the action and landed a 50lbs 7 ozs mirror, obviously a new PB – what a start to his French trip! Ami then got the girls on the board with a new PB of 39lbs 1oz. Gareth then bettered his PB for the second time in a day with a whapping new lake and venue record of 56lbs 11ozs. This fish (Split Tail) was only bought in November last year and this is the first time it has been caught. Not to be outdone, Ami then smashed her new PB by 17lbs……….when she landed a 55lbs 13ozs mirror. That beat our ladies venue record by nearly 9lbs!!!!!

The action continued overnight and into the next day with Mark landing a 45lbs 8 ozs mirror along with 50lbs 2ozs and 40lb mirrors later in the day. Gareth also landed his 3rd at just over 44lbs! 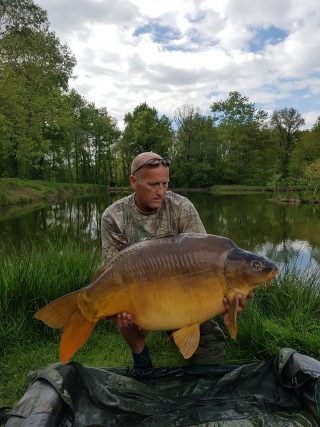